Arizona
Sign in
Is your Company in our Directory?

Probiotics may help to lose weight to some extent, but controlling diet and moderate exercise are still the best way to lose weight.

The concept of probiotics first came from the Greek language, meaning "good for life." The probiotic product refers to a live bacterial supplement and a metabolite thereof that promote the balance of the micro-ecology of the host and exert a favorable effect to improve the health of the host.

There is a large but constantly changing microbial population in the human body, most of which live in the intestines, others are found in the mouth, esophagus, stomach and upper respiratory tract. A large number of research data at home and abroad show that the constitution between lean and fat people is completely different, and the biggest difference between the two may be the difference of intestinal microenvironment.

Probiotics keep the balance of human nutrition metabolism. They reduce body fat content by reducing oil synthesis and decomposition of excess oil. After the body's intake of probiotics, the human body colonizes the intestines, which participates in digestion, absorption, and metabolism, and fully exerts the effects of lowering body fat and lowering cholesterol.

The sugar in the human body is decomposed into citric acid, which is converted into coenzyme A by the action of citrate lyase, directly leading to the conversion of sugar into fat accumulation. The slimming probiotics can reduce the secretion of citrate lyase, block the formation of fat and accelerate the oxidative metabolism of accumulated fat in the body. 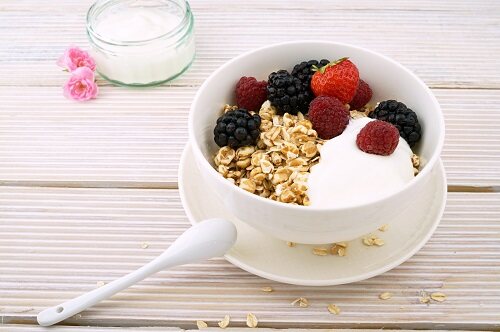 In 2013, the results of the study published by Science confirmed that when the intestinal flora of obese people was transplanted to mice, the body weight of the mice increased significantly. This suggests that intestinal bacteria may play an important role in weight regulation. Changing the intestinal flora to eliminate obesity is expected to be a new targeted therapy for the treatment of obesity.

In 2017, the team of the Shanghai Jiaotong University Ningguang team discovered a slimming bacteria suitable for Chinese people. For the first time, they revealed that the composition of the intestinal flora in obese people in China was significantly different from that in the normal population, in whom the number of Bacteroides polymorpha was less. While animal experiments have found that supplementation of Bacteroides can promote fat metabolism, thereby reducing fat accumulation and achieving weight loss.

However, many other studies have found that probiotics can promote digestion and absorption, and have a weight-increasing effect on thin people. This is because that the efficacy of probiotics depends on the specific strain. Some strains can lose weight, and other strains can increase fat. They may also behave differently between different individuals.

Increasingly, supplements made from probiotics (including capsules and tablets, powders) are now more and more available. They may help to lose weight to some extent, but controlling diet and moderate exercise are still the best way to lose weight.

Other articles and publications:

YF3-1 Automatic Powder Grinder: Maintenance
The powder grinder needs to be cleaned and maintained in time after use to prolong its service life and reduce the failure rate of the equipment.

Induction Sealing Machine Model LGYF-2000BX: Principle & Characteristics
The technology is a relatively advanced and popular non-contact sealing technology both at home and abroad.